MSK Sports Injury ClinicAdviceTendinitis & Tendinopathy – All You Need to Know!

Tendinitis & Tendinopathy – All You Need to Know!

Following on from our previous blog on the rotator cuff it feels more than appropriate to make this week’s blog on the topics of tendons and the problems they encounter and why they cause us pain! The rotator cuff typically encounters problem with the tendon attachment points and this is what mostly causes us the issues with the shoulder area.

Obviously we have tendons all over the body and their function is vital for our movement and function. If you don’t know what a tendon is then let us explain what they are, what they do, why they get painful and how you fix them!

Common areas for issues with tendons that come through clinic are elbow, shoulder, knee and the achilles. Tendon issues develop for a variety of reasons such as age, trauma and overuse, learning about your tendons can help you to make better decisions to keep yourself moving better.

What is a tendon & what does it do?

Tendons are defined simply as the connective tissues that connect a muscle on to a bone. The muscle belly (main part of the muscle), merges in to tendon tissue which then attaches on to the bone.

The tendons job is to help move joints and produce motion. It does this by generating force at the start of the movement then transferring the load to the muscle to complete the movement.

The tendon itself is like a stiff, tense, elastic band - it needs to be stiff and tense with some elasticity to be able to absorb shock and generate power.

Let’s start in the order in which these problems occur. First a tendinitis will occur, which means an inflammation of the tendon. This can be acquired by trauma from impact or overuse. A classic example of a how you would get a tendinitis is a sudden increase in activity.

The most common overuse tendinopathies involve:

Runners can commonly develop achilles and patella tendinitis when they haven’t ran for a while and restart, or if they suddenly increase their training load. A classic example of this may be people training for a special event like the great north run and not typically being a runner – in the short term they develop some soreness in the tendons as their activity levels see such a huge spike to their normal routine – and it’s at this point that the tendon cannot handle the load it is placed under.

Other common forms of tendinitis include golfers and tennis elbow and these are basically the same condition, just on different parts of the elbow. Tennis refers to the outside of the elbow where your wrist extensor tendons attach and golfers elbow refers to the inside of the elbow where the wrist flexor tendons attach. Rotator cuff tendinopathy is also common problem, especially in older people as tendons can be a bit more sensitive as we age – pain can typically start in the shoulder and refer in to the upper arm. Examples of this can be increased manual work, DIY and even increased desk based work that is outside of our normal routine and this causes the tendon to become aggravated.

When the tendon becomes painful it is due to overload as previously mentioned. When the tendon cannot deal with the load it breaks down and develops tiny, microscopic tears – which is what causes the pain and the inflammation and ultimately leads to a lack of full function.

Tendinopathy is simply the next stage of tendinitis. If incorrectly managed, over a longer period of time, tendinitis will progress to tendinopathy and this means that the state of the tendon has now changed. When the tendon works properly it has a elastic type property which helps us to absorb load and then generate force which can be transferred to the muscle – when tendinopathy occurs the small tears in the tissue become more advanced and this cases the state of the tendon to become less elastic, more stiff and ultimately less useful.

So – if you get some tendinitis it is very important that you manage this problem effectively within a short space of time to prevent it progressing to anything worse. Once your cause has been identified you can become symptoms free within a 4-12 week time period depending on the level of your symptoms.

Tendinopathy can be more deep rooted and can take an extended period of time for symptoms to reduce. If observing the best rehab and education it could take 3 months and sometimes for best return to function it could be around 9 months.

The reason tendinopathy takes longer has many different factors:

Prevention of this issue needs to be careful planning of any new activity or exercise you embark on and thinking about how much stress you are placing on a certain part of your body. As a general guide, always start minimally with new activities and increase very gradually and keep intensity low to start – do this over a 6 week period to help your body safely adjust before making an big changes to frequency or intensity of the exercise.

Identifying cause is absolutely key – if your symptoms have developed due to a change in activity then this needs to be managed and your activity modified appropriately to allow the tendon time to settle down. It may mean that you can continue your activity at a lesser intensity rather than stopping completely as the tendon does require some load placed through it.

Seeing a sports injury professional or physiotherapist with experience of managing this problem would be a key first step if you are unsure how to manage. Correct diagnosis and the right education are as important as any treatment or exercise.

The best rehab exercise for tendon problems are light resistive exercises that place the tendon under slight load – your rehab plan must include these – the latest evidence identify loaded rehab exercises as the best thing to encourage tendon healing.

Treatments that can help to manage tendon pain are as follows:

To see what our full Rehab My Patient plan looks like for Lateral Epicondylitis (Tennis Elbow), click on the PDF below. All patients at MSK Sports Injury Clinic receive a detailed plan like this one using our clinical software Rehab My Patient. This software is great, simple to use and great for tracking the progress of your client. You can see in this PDF the great detail Rehab My Patient goes into with their images, videos, description and progress diary to make it as easy as possible for the patient.

To see what our full Rehab My Patient plan looks like for Medial Epicondylitis (Golfers Elbow), click on the PDF below. All patients at MSK Sports Injury Clinic receive a detailed plan like this one using our clinical software Rehab My Patient. This software is great, simple to use and great for tracking the progress of your client. You can see in this PDF the great detail Rehab My Patient goes into with their images, videos, description and progress diary to make it as easy as possible for the patient. 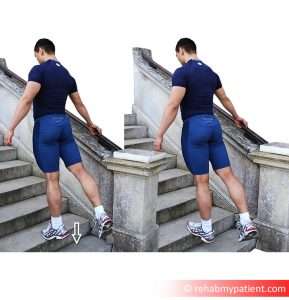 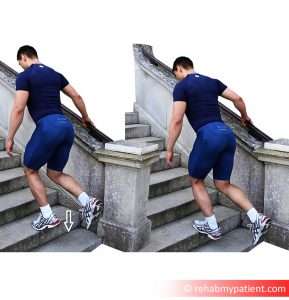 To see what our full Rehab My Patient plan looks like for Achillies Tendonopathy, click on the PDF below. All patients at MSK Sports Injury Clinic receive a detailed plan like this one using our clinical software Rehab My Patient. This software is great, simple to use and great for tracking the progress of your client. You can see in this PDF the great detail Rehab My Patient goes into with their images, videos, description and progress diary to make it as easy as possible for the patient.

During the initial stage, rest, ice and over the counter pain relief may be all you need to help relieve your pain and reduce the inflammation in the affected area. Consider appropriate joint support like a sports brace which may also help to reduce stress on the tendon and make movements more comfortable. Follow a specific program subscribed by your therapist which could include stretching, loading (concentric, eccentric & isometric) and strengthening exercises. Various types of loading for tendon problems have been clinically proven to be the most successful treatment and injury prevention for tendon pain. Massage, Shockwave Therapy and Acupuncture will also help with the pain levels you experience, it aids your recovery and prevention of future tendon issues. Treatment helps with improving circulation and cell activity by helping to generate new collagen formation

If you are struggling with tendon pain and are unsure what to do next. Get in touch with the clinic via our website or by giving us a call and we can help to put a plan in place for a quick recovery from your symptoms. 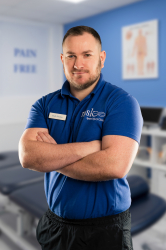 We use cookies to ensure that we give you the best experience on our website. If you continue to use this site, you are confirming that you're happy with this.Ok